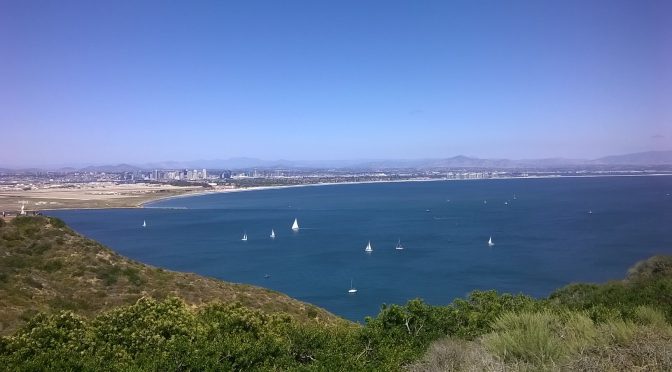 Welcome to sunny San Diego, often called the “Birthplace of California” by the locals and historians alike.  San Diego was discovered by Mexican explorers in 1542, and settled by Europeans in the later centuries, before finally becoming part of the United States in 1848. Since then the city has been a tourist hotspot, known for its sapphire bays, rolling pacific seas, and military installations.

Also known as the “French Quarter of California”, this sixteen square block area by the bay is the place to be in San Diego (and arguably the entire state) for nightlife, dancing, and music. Travelers will also find some of the best breweries in the country here. San Diego’s nickname is “America’s Craft Beer Capital,” earned by way of the annual beer festival hosted in the Gaslight District every November. Some of the finest restaurants in the city are located here as well as historic turn of the century architecture and seasonal events. Check out their calendar online for special events coming up in the area: http://www.gaslamp.org/.

The San Diego Zoo was one of the first in the world to intact the “open cage” style of zoology in which the animals’ habitat is as close to their natural existence in the wild as possible, as showcased with their successful care of the Giant Panda. San Diego Zoo is one of the first in the world to successfully care for and breed Giant Pandas. The month of October is free admission for children almost every year. Check out their website for more details: http://zoo.sandiegozoo.org/.

Used by the Navy Seals for years to house their training base, this spectacular island across the bay from downtown is a great option for low-key fun and beach activities. The beaches here tend to be a little less crowded with white sand and deep blue waters. The ferry takes visitors over and drops them in Ferry Landing which is a great spot for boat-watching, fresh seafood, and diversified shopping. On Tuesdays a farmer’s market takes over the island to sell their fresh fare and there is also a tree tour which is a great way to learn the island. Check out their visitor’s page for more information: http://coronadovisitorcenter.com/.