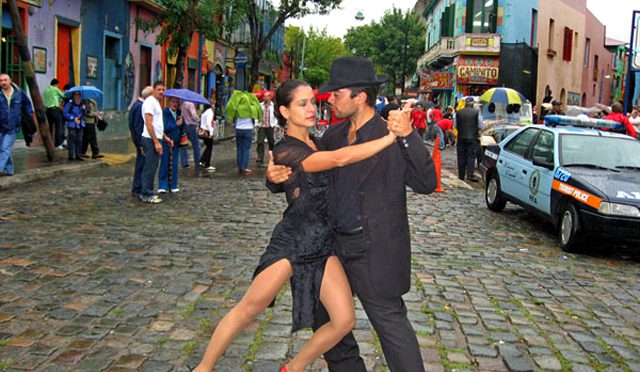 Meaning “good winds” in pre-colonial Spanish, Buenos Aires is the capital city of Argentina and the most populated city in the country. Buenos Aires is an autonomous city which means that it functions independently of the Argentine government and thus has different customs and laws. For example, Buenos Aires is quite a liberal city with open immigration laws making the city a smelting pot of languages, religious, and culture, causing economic influx and a warm-hearted tolerance from the locals, as well as earning the city the distinction of the “most diverse city in South America.”

Be sure to stop by Teatro Colón, considered to be one of the five best concert venues in the world for the acoustics. The beauty of this venue cannot be understated. Tickets to shows can be a little pricey here but, even if your group can’t make it for a performance, you can tour the theater during the day which is an event all by itself.

A guided tour of the theater is $20 for adults and children. Most guests on the guided tour find themselves seeking out the box office when they are done. Beat the “at the door” prices and just go ahead and splurge on show tickets before you arrive.

Going as a couple to Argentina? Feel free to pass this article to the person in the relationship that hates to dance right now—we’ll convince them to give tango a chance for you. Realize that traditional tango is not just a hobby or a series of body movements that you’ll never look cool doing. Tango is a lifestyle choice to the Argentine, complete with its own culture and rules.

Step one of learning to tango is to go to a milonga. This is a space in which tango is performed. Keep in mind that tango really is different than any other type of dance. While there are milonga matinees at specific places around the city, most milonga are going to start around midnight with the amateur dancers taking the floor first, then the professional dancers coming on for the real show at two or three in the morning and dancing all night. We recommend Milonga Parakultural for atmosphere, price, and authenticity. These are great settings to find a dancing instructor as well. Dance studios are all over the city and take new students all of the time.