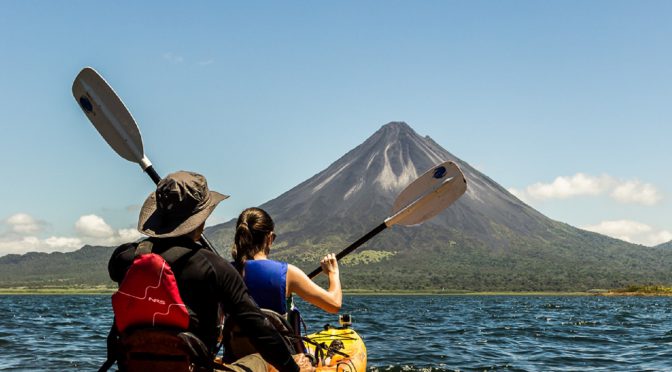 Welcome to San José, the capital and largest city of Costa Rica. It is also one of the safest cities in Costa Rica and the most diverse in the country. The sheer number of museums, restaurants, and galleries virtually guarantee a good time, combined with scenery that is unlike any other. San José is located in the Central Valley and is bordered by volcanoes in the northern-most province and the Talamanca Mountains in the southern region.

Don’t miss going to this museum. The Jade Museum, or Museo Del Jade, is the largest collection of pre-Columbian jade artifacts in the world. Their mission is to stay that way, too. They organize multiple yearly excavations and recovery missions to find historical jade artifacts and give them the protection of the museum. The permanent exhibits of the museum include a history of jade and its place in Costa Rican culture and the Americas. Ticket prices are $15 per person, but if you happen to have any students with you, they can get in for $5 with their student I.D. Check out their website here for more details: http://www.museodeljadeins.com/.

If your party feels like they need to get out of the hurly-burly of the city then think about a trip up the Talamanca Mountain Range to San Gerardo. There are over 200 species of aviary life that live in the area. Nature lovers from all over the world travel to Costa Rica just to see this mountain range. This is also a great spot for the avid fisher. Be careful of the weather, though. While San Jose may be warm, the mountain range is prone to sudden rains and drops in temperature. Be sure to bring a jacket and waterproof boots.

Among the tranquil hillsides and glistening bay stands the Arenal Volcano, a 7,000-year-old volcano famous for its sudden eruption in 1968. Arenal’s neighboring volcano, Chanto, became extinct prior to the eruption of Arenal which buried three nearby villages in ash and killed eighty-seven people.

Since 1968, the volcano has been prone to less severe, even enjoyable eruptions, thus making it a tourist attraction. Since that first large eruption people have come from all over the world with the intention of watching the volcano spit out a few cubic tons of gas and ash, maybe some lava on a lucky day, until 2010 when the volcano went dormant. Today, the area around the Arenal is an outdoors person’s paradise with fishing, hiking, rock climbing, hot springs, and horseback riding to enjoy as well as a museum in tribute to the volcano. Take a look at their website: http://www.arenal.net/.